Rave Up Your Gaming Experience with Zyxel Armor Z2 Router

A second generation router of AC2600 series with 4×4 MU-MIMO technologies that allows faster transmission of Internet speeds to its succeeding compatible wireless devices. This consists of four beaming antennas that enhance coverage and throughput bringing a reliable WiFI connectivity to its customers.

This includes a stream boost optimization on which enable users to maximize their Internet experience to high Internet speeds that is convenient for gaming and video streaming purposes. It also has user-friendly interface and is very easy to install. 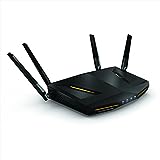 1. DESIGN: A TYPICAL ROUTER WITH ANTENNAS ALL AROUND

Hey! Online Gamers the design of this router is really for you. It resembles a monster character from the online gaming world consisting of horns over it. But seriously, it has a compact, plain and rectangular prism design with dimensions (4.2 x 2.8 x 11.7 inches) consisting of its length and width and high.

It’s a typical router with five ports on the back exclusively four gigabyte ports for Ethernet cables and one for WAN port. Beside the ports, are the power on/off button, reset, and a plug-in port for the adapter. In its sides, are three ports which consist of a pair of USB 2.0 ports and one USB 3.0 that could be used on external hard drives and wireless printing services.

The front of the interface consists of a series of LED powered lights indicating the list of connected devices and other functions available such as the ‘Expert Mode’. This functionality allows the user to access the parental control which concerns on blocking and restriction of certain websites and guest WiFI access on which enables users to gain privacy and personalized online activity. This is noticeable when you press a sequence of software toggles that is below the router which by consequence, turns off all the white LEDs. Also when switching to ‘Expert’ mode you will observe that the front interface gets replaced by a long series of information indicating specific details like MAC addresses, WAN, LAN, and IP Addresses. When you’re looking at the top, it is simply plain unlike any brands with the complicated and complex layout and designs.It’s banned over with four antennas, one at each side and two at the back. These antennas aids on signal capturing and on enhancing speeds.

Overall, the design is sleek yet friendly to any user inscribing fewer controls and push buttons yet just exhibits any typical and simple router with no unconventional engineering design being implicated.

It’s integrated design through MU-MIMO technology allows for enhancing speeds and preventing traffic congestions during utilization from connected wireless devices.Its inside aspects include the following; This router device works through both 2.4 GHz and 5 GHz frequencies for which has 802.11a/b/g/n/c WiFi connectivity. This contains a 1.7 GHz dual-core processor for which is incorporated with a 512 MB of RAM and 4GB of eMMC memory. These contain several ports four for Ethernet gigaports, two for USB ports, and one for WAN cables.

This is a special feature of this router where it manages traffic congestion through the allocation of Internet data ensuring best internet experience to everyone. For example, when you’re streaming a movie in Netflix this feature will give the corresponding data needed for video streaming or such as case also for gaming, downloading and uploading.

On a different case, you can view also live how bandwidth is distributed to all the devices serving it. This also contains features that allow you to take thetrack on what applications are downloaded, uploaded or websites being seen by all the connected devices for the past 30 days of utilization.

This is an ultimate guide on managing your internet speeds and creating a control to networks and to connected devices especially to those with children.

Because of its intended for gaming purposes, it should incorporate a high internet speed. Accordingly, with 2.4 GHz frequency range the router has the comparable throughput to router devices like Linksys and Synology. Though at 5 GHz frequency range, Zyxel is a bit downside the numbers are still acceptable for gaming and video streaming capability. With regards to file transfer, Zyxel scored better but not really that far enough than compared router products. In general, this product not may be as fast or gets wider coverage unlike NETGear Obi or Google Wifi but certainly, it still fits on its online gaming purpose. You can check out NETGear Obi vs Google Wifi here.

CONCLUSION: This router model looking at its strong and rugged design, you could tell that this is intended for gaming purposes. Though it did not that throughput and bandwidth capabilities as compared to other previous routers, Zyxel still has its strength and features that totally makes it unique and different from any other routers. Though this is still not that expensive, and still has reasonable price given its features. It’s still a must-have, not just for gaming but for ultimate internet experience including internet browsing and video streaming.